There are so many memories that it’s hard to think of one in particular, but one that I do remember is the first time that Mr. Prible played a Lecrae song called Just Like You. I remember that day very vividly, breaking down the lyrics and learning about that genre of music. That opened up a whole new path for me, learning about Christian rap and rap music that I felt like I was actually allowed to listen to.

Truthfully, when I first started here Lauds and Chapel weren’t my favorite. But after graduating I realized it was something that I very much missed, and how much it really shaped and expanded my taste in music. So I was very appreciative, as someone who was in band here and for four years through high school, and prides himself on loving music. I think it really helped with shaping my taste and understanding music, learning new music, and is ultimately what I look back on as really good music.

Swing dancing was something that was just a lot of fun to learn. At first, I did not like it but I quickly started to enjoy it. It’s just something that sticks with you. In high school, the band and choir performed in a St. Patrick’s Day parade in Dublin, Ireland and Maggie (Bittinger) and I broke out a quick swing dance when we were there. Everyone looked at us and asked us how we knew how to do that, which is funny because it’s just an Oaks Academy thing.

The Impact of Habits

The first habit that sticks out is respect, having respect for teachers and staff is a big one for me. I had never been in an environment where I didn’t feel like everyone respected the teachers and staff, or vise versa, where I didn’t feel like they were respecting me, until high school. That was always something that was very strong here – the constant respect between everyone which helped with all the personal relationships.

I was terrible with the habit of Attention when I was here, though all of my teachers challenged me. I had a lot of battles with Mr. Granholm and Mrs. Updike due to just not paying attention and getting distracted. I was constantly being pulled aside and told, ‘You need to pay attention. You need to focus.’ — and, ‘There’s a time and a place to talk and there’s a time and a place not to.’ Towards high school I realized how important it was and thought, ‘Oh, they were right and if you don’t pay attention now, you’re not getting notes sheets filled in.’ You actually have to pay attention and write down everything and get your notes, which has helped me a ton in college. You have to pay attention on your own.

Read more of Christian's story and the other alumni by viewing the featured content from the booklet.
Click Here 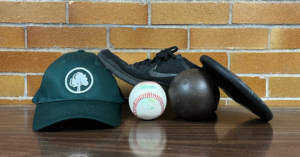 The 2022 Spring Sports Season in a Nutshell​

Take a look back at the 2022 Spring Sports season and congratulate our talented student-athletes on their phenomenal seasons! 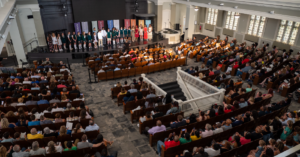 Reflecting on Truth, Beauty, and Time at The Oaks

An Oaks Education invites students into relationship with the true, the good and the beautiful. When students graduate from 8th Grade and leave The Oaks, we want to ensure that they understand these important ideas. 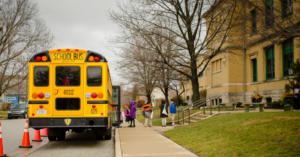 The Return of Hallmark Field Trips​

This spring semester at The Oaks, we returned to normal in many ways, but the most exciting for our students was the return of the most highly anticipated and long-remembered field trips that we offer.